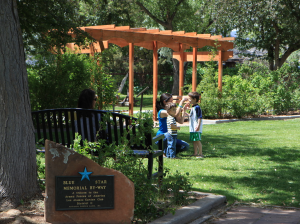 These are some important points to discuss with clients considering giving to the Los Alamos Community Foundation.

1. The “Endowment” vs. “Lump Sum” Problem. How do most people make their charitable gifts? Usually, it’s in relatively small and recurring periodic installments – $50 per month, $1,000 per year, etc. In fact, most people are disinclined to leave a large amount of money to a charity in a “lump sum” – i.e., all at one time. The receipt of a large, unexpected gift has ruined many a small charity – such a gift can disrupt annual budgets and can actually induce other donors to reduce their contributions or pledges to that charity. When given a choice on how to make a large gift to charity, most people prefer to do it in a permanent or endowment fashion. In other words, they prefer to make the gift in such a fashion that the principal remains intact, and only the income is distributed to the charity on a recurring basis. Unfortunately, however, many charities do not have separate endowment organizations. Until now, the only choice for donors wanting to make a permanently-endowed gift was to set up their own stand-alone private foundation. The problem there, of course, is the cost and hassle of doing so, and many times the gifts just don’t get made at all. But now, LACF affords donors the chance to endow their giving, without the cost or hassle of a private foundation. In fact, the mere existence of LACF as an endowment vehicle opens up gifts for the benefit of specific charities – gifts that simply wouldn’t have been made directly to those charities, without the LACF.

2. The “Independent Screen” Problem. There are several charities large enough to have their own separate foundations. A college or hospital is a good example. A college itself is a corporate entity, and its foundation is a wholly separate corporate entity. Typically, these “parallel” foundations are formed to provide an answer to the problem mentioned in the preceding paragraph. The argument goes: “You don’t have to worry about leaving a large amount to the college – if you want to endow your gift, you can simply leave it to our separate foundation, which will administer it for the benefit of the college.” The problem, however, goes much deeper than this. In particular, some donors worry that the college may in fact control the “separate” foundation, such that if the college ever runs short, all it has to do is send someone across the hall and get a large check from the “separate” foundation. The beauty of LACF is that it provides donors with an independent screen. There is, in effect, a layer of insulation between the operating entity (i.e., the college, the hospital, or whatever) and the endowment entity. In short, the latter is not a “puppet” controlled by the former, and the mere existence of LACF as an independent screen encourages gifts that simply would not be made in its absence.

3. The “Disappearing Charity” Problem. Donors often worry that one or more of their favorite charities will someday close down, and that their gifts to those charities, intended to be permanent endowments, will simply disappear into the night. LACF provides a solution to this problem – the donor may set up a donor-advised fund within LACF, from which fund annual payments are then made to one or more charities. The operative document gives the donor the right to request that, if a specified charity ever closes its doors, then its payments from the fund are to be diverted to one or more different charities. And there’s an ironic twist to this particular problem. If the fear that a charity may eventually disappear prevents donors from giving to that charity in the first place, then that very fear may well hasten the charity’s demise! LACF, by providing a “diversion” feature in that event, actually serves as an inducement for gifts that otherwise wouldn’t have been made, thereby helping to ensure the charity’s long-term existence. 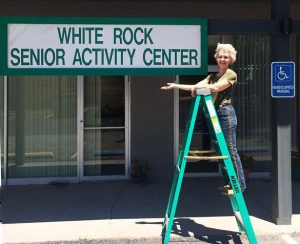 4. The Appreciated Investments Problem. Many individuals hold stocks worth far more than they paid for them – so much more, in fact, that they are disinclined to sell them for fear of incurring capital gains tax. Many such individuals would like to use a share of their stock to make a charitable gift. But they rarely want to give one large gift to just one charity. Typically, they’d like to split up the gift – to their church, to a college, etc. Until now, in order to split up their gift, the person had to sell the stock, incur the capital gains tax, and then give away the after-tax proceeds. Needless to say, the prospect of paying the tax has a dampening effect, and many times the gifts just don’t get made at all. But now, LACF affords a donor the chance to “split up” the stock. In particular, the donor can give the stock itself to LACF, which then sells the stock with no tax due whatever. The donor then requests that LACF distribute the proceeds to two, five, ten, or however many charities he or she wishes. The mere existence of LACF as a “conduit” or “pass-through” charity opens up charitable gifts that otherwise simply wouldn’t have been made at all.

5. The “Call-from-the-CPA” Problem. Donors sometimes receive last-minute telephone calls in December from their CPA or other tax preparers along the following lines: “You need to give away some money, and fast – your taxable income is coming in way too high, and you need to make some cash contributions immediately.” The problem, however, is that the donor may be on his or her way out the door for the family’s annual skiing trip, and there’s simply not enough time to come up with the identities of the charitable recipients, much less their sharing ratios. Oftentimes, out of frustration over the time deadline, the contribution simply doesn’t get made at all. Note that this is the opposite of the “Berkshire-Hathaway” problem. There, the donor knew exactly the identities of the charities and their sharing ratios – he simply had no way to divide the asset. Here, the asset (cash) is easily divisible – the donor simply doesn’t know (at least yet) how he wants to divide it. Fortunately, LACF lets the donor make the gift now, and obtain the desired tax deduction now, but defer the identity/sharing ratio decisions until later. Thus, by offering the donor a “temporary parking place” for his contribution, LACF stimulates gifts that otherwise wouldn’t have been made at all.

6. The “Cafeteria Line” Approach to Charitable Giving. It is very easy for a particular charity to “fail to get noticed” when it comes time for a donor to choose charitable beneficiaries. But by supporting and becoming a part of a community foundation, a charity effectively “gets its name out” and can actually attract donations that would not otherwise occur – yet another example of how and why donors will give to a charity via the LACF, whereas they might not have given to the charity directly. 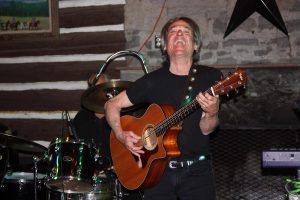 7. The “Asset Protection” Problem. This is actually a variant of the “independent screen” problem noted in paragraph 2 above, but it’s of sufficient importance to warrant its own separate discussion. When a charitable organization is sued, it becomes critical to know which of the organization’s assets are “up for grabs” – i.e., available to be seized by a winning plaintiff – and which are not. Many an organization has been surprised to learn that its internal “endowment funds” were available to the reach of the enterprising plaintiff. That’s because the funds were “in-house” – in other words, owned either by the charity itself or by its “separate” but nonetheless captive foundation. However, if a third-party donor contributes money to the charity’s organization fund at the LACF, then that money is not reachable by the charity’s creditors, even though the money is held for the exclusive benefit of that charity. The sensationalist publicity surrounding recent lawsuits against charities has caused many donors to pull back on their charitable giving. By offering these donors a creditor-proof alternative, LACF is re-kindling donors’ interest in making gifts that they otherwise might not have made at all.